“Rock and Roll” as Term and Event

Where did the term “Rock and Roll” really come from? A better question might be who invented the term. “Rock and Roll,” as we have come to define it, was coined by Allan Freed, a disc jockey on radio station WJW in Cleveland, Ohio. Freed is given sole credit for bringing it to the collective conscious of an eager generation of youths who were in the beginning throes of being swept away by the intense and raucous rhythm and blues music that was sweeping the country in the 1950s. Freed may have coined the term “Rock and Roll,” but roots of the “Rock” and the “Roll” go back much further.

The word “rocking” was first used by black gospel singers as early as 1916 and was akin to the effect of describing the sensation of catharsis or spiritual rapture. A gospel group, The Camp Meeting Jubilee, recorded a song that included the lyrics, “We’ve been rocking and rolling in your arms … In the arms of Moses.” Clearly, the use of rocking and rolling with regard to Moses had a spiritual connotation, and we can readily assume the idea came first out of the gospel church before the eventual secularized connotations we know today.

It was in the 1920s that “Rock” and the “Roll” began to take on an overt sexual meaning. The decade saw the two words used separately or together and be defined to mean displays of rowdiness, partying, and sex; not necessarily in that order. In 1922, Trixie Smith recorded My Daddy Rocks Me (With One Steady Roll) on Black Swan Records (Black Swan was the first recording studio and production company created solely for the production and dissemination of African American music in 1921). A sample of the lyrics are telling as to the evolution the term would take: “There’s no Slippin’ when he wants take hold … Daddy, ain’t we got good / Oh, he was rockin me, with one steady roll.” Maybe it’s me, but somehow I doubt Trixie was looking for someone to rock her to sleep after the gig. The song went on to inspire other songwriters to follow her lead with song titles such as Rock Me Mama by Ikey Robinson, and Rock That Thing by Lil Johnson. Similarly, we may come to the consensus they weren’t singing about the chairs they were sitting on.

In 1937, Chuck Webb and Ella Fitzgerald recorded Rock It For Me, and included the lyric, “So won’t you satisfy my soul with rock and roll.” The 1930s were also a time that any music with a good steady beat was considered to be rocking-and-rolling tune. Duke Ellington’s Rockin in Rhythm sounded throughout the nightclubs his band performed, Buddy Jones recorded Rockin’ Rollin’ Mama and sang with a growling shout, “I love the way you rock and roll!” The Boswell Sisters did a song titled Rock and Roll for the 1934 Hollywood film Transatlantic Merry-Go-Round. But it was not until the end of World War II that the term “Rock and Roll” really began its strong foothold into the vocabulary. In 1948, Wynonie Harris released Good Rockin’ Tonight and would become a number one hit, thus setting the stage for a continuous flood of songs that seemed to make it a mandate to include “Rock and Roll” in the title or somewhere in the lyrics.

In 1952, Bill Haley’s Rock-a-Beatin-Boogie with the repetitive “Rock, Rock, Rock, Everybody / Roll, Roll, Roll, Everybody” lyrics would arguably become the most intense use of the term up to that time, and seemingly a pivotal moment, with regards to other innovative gestures on the road to establishing rock music as the clarion call for the exploding youth movement.

In the same year that Haley’s Rock-a-Beatin-Boogie was released, Allan Freed visited the Record Rendezvous, Cleveland’s largest record store, owned by Leo Mintz. Freed, who joined WJW Radio the previous year, hosted the station’s late night classical music program. Freed visited Mintz because he had been hearing how Rhythm and Blues records were being bought at a frantic rate by white teenagers – an unprecedented occurrence in the early 1950s, since most R&B catered to African Americans, while white America had remained somewhat insulated from this style of music. Sensing a seismic shift, Mintz proposed to sponsor three hours of late-night programming on WJW that would feature the hottest R&B music to hit the area in and around Cleveland. Mintz convinced the owners of WJW to give the program a try and immediately installed Freed as the program’s host. “The Moondog Show,” with Freed calling himself the “Moondog,” would cultivate a “hip” persona, where Freed began using a vocabulary that included the repetitious use of the term “Rock and Roll” to describe the wild and free sounds of the music he promoted. Having coined the term “Rock and Roll” over the Cleveland airwaves, word would soon spread to other radio markets in America about the immensely popular show. Freed would eventually go on and transform himself into the self-styled, “Father of Rock and Roll.”

As the audience continued to grow over the next six months, Freed and Mintz would often meet for drinks after the show and discuss the burgeoning music audience in Cleveland and around the country. According to some – I found this difficult to verify, but it makes for interesting mythology, so I am going to run with it – Freed, Mintz, and Lew Platt (a local booking agent and promoter) concocted a plan to do something that was never done before. Under the dreary din of smoky half-light in a rear booth of a desolate downtown watering hole (I’m stretching it a tad for dramatic effect), they came up with the idea of holding a live event that featured dancing, along with the hottest and most popular Rhythm and Blues artists that were appearing in regular rotation on “The Moondog Show.”

Described as “The Moondog Coronation Ball” and featuring Paul Williams and the Hucklebuckers, Tiny Grimes and the Rocking Highlanders, The Dominoes, Danny Cob, and Varetta Dillard, the event would take place on a cold Friday night on March 21, 1952. The tickets for the 10,000-seat Cleveland Arena would sell out in a single day, and the event would go down in history as the first “Rock and Roll concert.”

Thousands of teenagers lined up outside the arena, but something was wrong with the energy of the fans that night, casting an ominous vibe. The crowd began to swell to a frightful level, and fans standing near the front of the building would be the first to sense trouble when the entrance doors had been locked (after having been opened earlier to let ticket holders into the building). In the days following the concert, rumors would circulate that the show was overbooked due to ticket counterfeiting, with estimates of 20,000 to 25,000 fans turning up for the show. It took until 9:30pm for the crowd to feel it had enough, and then the brewing powder keg that were the fans waiting to get inside exploded. A mass swell of 6,000 people rushed the building in a tsunami of frustrated, cold, cranky kids. They were said to have knocked down everything in their path, racing past dumbfounded policeman, who were hopelessly undermanned, expecting the usual hockey-type crowd that normally frequented the arena. The crazed hoard of teenagers, pushing forward like lemmings over the cliff to the waters below, ran past ticket takers and horrified ushers, who wasted no time in running for their lives. The arena soon filled to the maximum capacity of 10,000 people and continued to swell like a water balloon left unattended on the faucet in a kitchen sink. Bill Lemmon, the executive vice-president of WJW Radio was said to be utterly “flabbergasted” by the images that were unfolding in front of him. “People without tickets broke down the doors, knives flashed … We were up in the press box and could not leave for three hours.” The police and fire department gave up trying to restore order one hour into Paul William’s opening act set, and two hours after the initial rush, turned the house lights on, to the dismay of the crowd. The first Rock and Roll concert was called off. By some miracle, the crowd dispersed in an orderly fashion. They may have been too exhausted to do otherwise.

Allan Freed would offer an apology to his fans that attended the concert the following day on his radio show. He went on to explain that if anyone had told him that 20,000 to 25,000 people would attend a dance, he and his fans alike would have laughed and said they were crazy. The Cleveland press would go on to report that the arena crowd was a “crushing mob of 25,000” … “Hepcats (a term used to describe a person who knows the newest things in music) jamming every inch of the arena floor.” It goes without saying that by today’s standards, reports of unruly crowds at rock concerts hardly cause a nervous tick of reaction. We are more apt to continue thumping our bass strings, shrug, and hardly waste the energy to say “whatever.”  But in 1952 – in conservative Eisenhower-era America – when the establishment would rather not have white teenagers know about Rhythm and Blues, the Coronation Ball must have hit the cultural landscape like one of those early ’50s atom bomb tests in the Nevada desert they didn’t want us to know about either. Hmmmmm … loud explosions … Rock and Roll? Holy rock me Moses in that heavenly chair, we’ve come a long way! 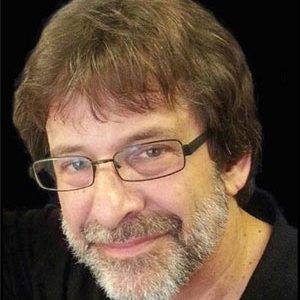 JAZZ vs CLASSICAL vs BLUEGRASS SET-UP

The Freedom of Woodstock 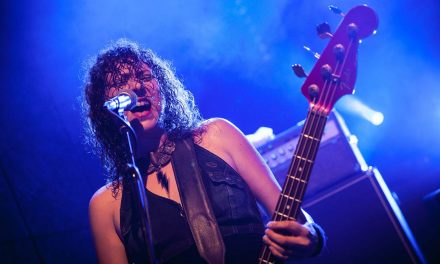 On Nashville Pussy’s Latest, Eaten Alive, Bonnie Buitrago’s Unapologetically Bold Approach to Bass Ascribes to One Simple Rule… “What Would Lemmy Do?”