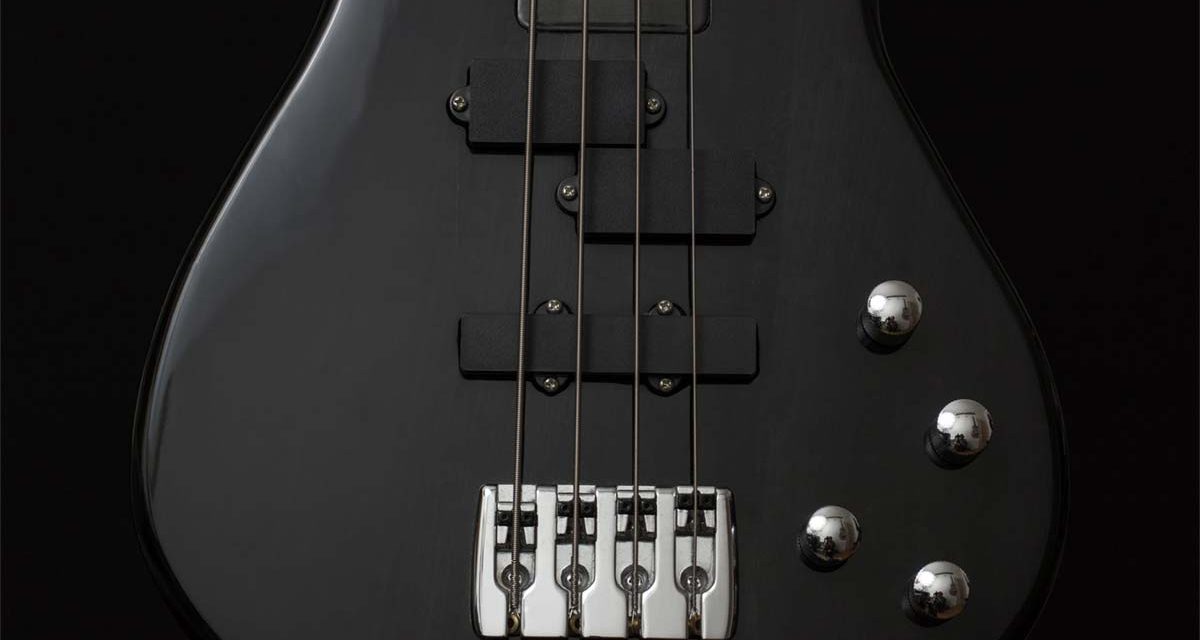 Tim Fletcher looks back at the birth of the roundwound bass string – How a small British company (and John Entwistle) changed the sound of the bass guitar.

In the early days of the electric bass, if you wanted to buy new strings for your bass, the only ones available were flatwound. As it was a relatively new instrument, most string makers didn’t really take much interest in developing quality products for the bass guitar. It hadn’t really sold in large enough quantities to make it worth developing better strings, and the focus was on replicating the deep, “thuddy” sound of the double bass.

British string company Orchestral and Jazz Strings had been founded by James and Ron Howe in 1958, initially to make strings for Zithers, but after building a larger winding machine, they were soon making strings for a range of instruments.

By the early 1960s, they were providing strings to the main British guitar manufacturers of the day, including Burns, Vox, and Baldwin, and European makers like Eko and Hagstrom. The company had also been making electric bass strings since the company began, but these were always flatwound, like jazz guitar strings. In 1962, they brought out the first roundwound bass strings; they called them the ‘Swing Bass’ set, and the sound of the electric bass changed. British bass players loved the brighter, more defined sound that these strings made, and it helped create the sound of the ‘beat groups,’ such as The Kinks and The Who, and later bands like Pink Floyd, Yes, Black Sabbath and Led Zeppelin.

The Who’s bass player, John Entwistle, had initially used flatwound strings by Fender and Labella, but these were quite expensive, and didn’t really give him the sound he was looking for.

Entwistle was soon a convert to the new roundwound strings, but after using them for a few years, he thought that they could be developed further. He contacted James Howe at the newly re-christened ‘Rotosound’ string company and helped to develop a new set of strings.

“It was in 1966 … and I got in touch with James How and told him his D and G strings were great, but the E and A didn’t vibrate properly. He told me to take my bass along to Rotosound and have some strings made until they got it right. After a couple of hours, we realised that the problem wasn’t in the wire winding, but in the core of the string. You could see that the strings vibrated in a big circle and that was wrong; the core needed to be thicker. We also made the overall gauges a bit heavier and they sent me away with 12 sets to use. A couple of days later, they called and asked if I objected to them putting my name to the strings and selling them commercially. I told them I didn’t mind, as long as they kept me supplied with free strings! But then we had to do the same with medium and short-scale strings, because I had loads of different basses by then. Those strings, the RS66 sets, were the first that vibrated properly.”

These became the ’66 Swing Bass’ set and the thicker core gave a brighter, more balanced tone across the different gauges.

Who guitarist Pete Townshend was also a fan of Rotosound, and he and Entwistle liked them so much they even included a jingle for the company on their album The Who Sell Out (1967). Entwistle’s new sound soon caught the imagination of other bass players in the UK, and the ‘British Invasion’ bands who used the new strings eventually influenced bassists in the USA. By the early 1970s, the roundwound bass string had become ubiquitous – now it’s hard to find a new bass that doesn’t come strung with them. 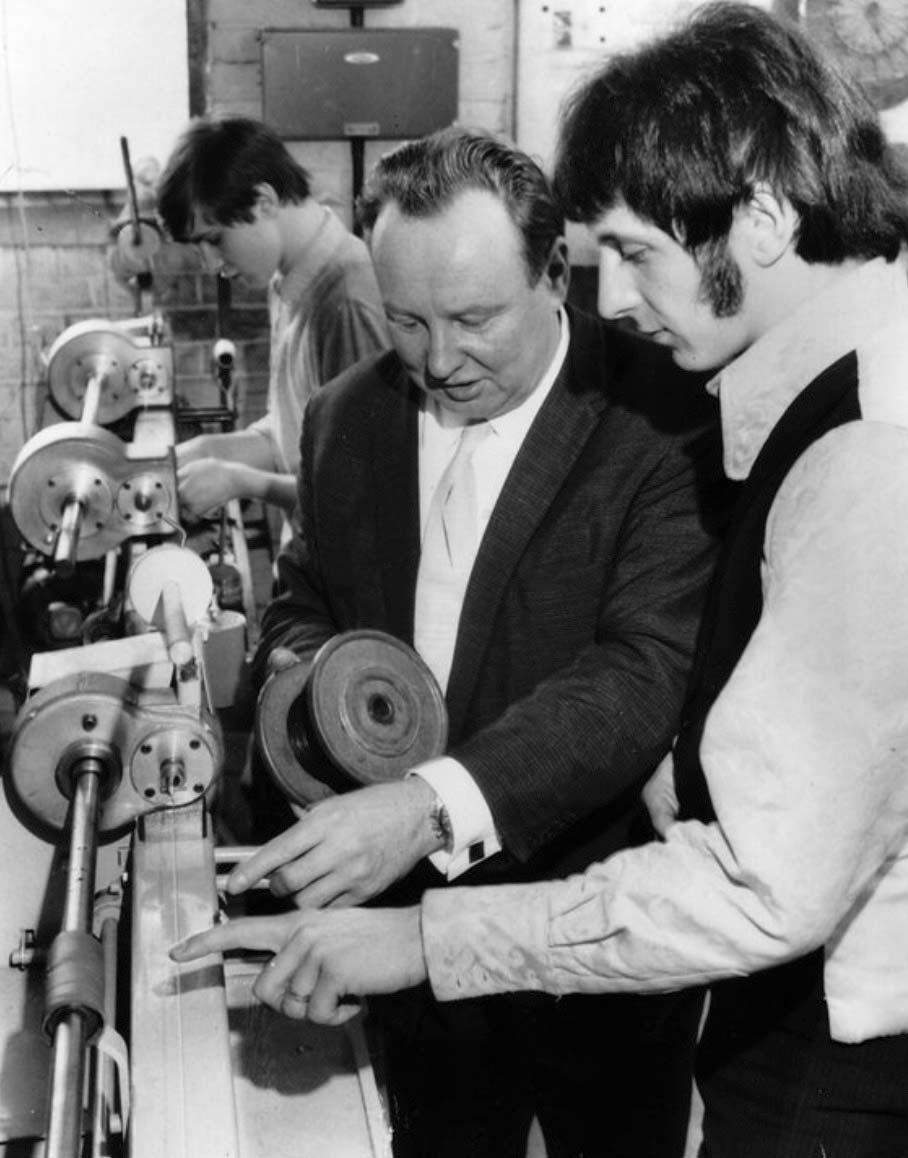 Image Courtesy of Rotosound: James How and John Entwistle, pictured here in 1966 at the Rotosound factory in Blackfen, Kent, England

** This article first appeared in Bass Musician Magazine on December 23, 2019 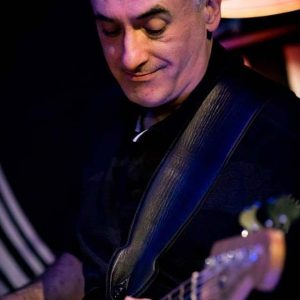 Tim Fletcher is a bass player, writer, and educator from the UK. He once accidentally played in front of Pino Palladino. 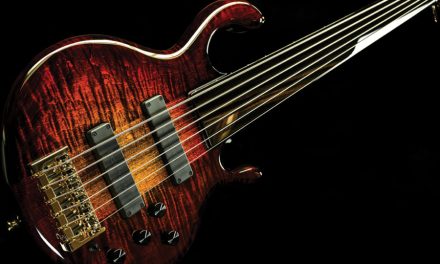 Welcome to the table, “Luthiers’ Round Table”

Philthy Thoughts – It’s Not About the Bass 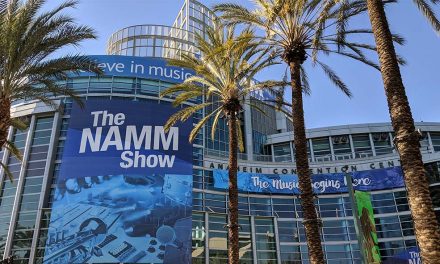 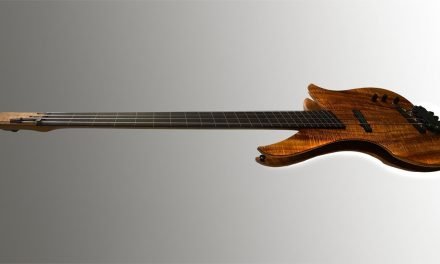 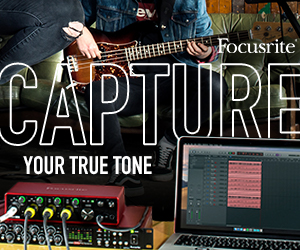