Suppose you were charged with dreaming up plans for a two-channel preamp and blender for live performance usage that would have to serve a variety of instruments, from violins to guitars to double basses. Next, suppose that the person in charge of the project told you to spare no expense to make the product an absolutely top-of-the-line offering, with the highest quality components and the most universally complete set of features you could possibly imagine, and that no matter how many bells and whistles you could imagine, the team building the product would find a way to fit them in and make them function beautifully, from both sonic and aesthetic perspectives. If you can imagine all of this, it’s likely that what you could come up with would look a lot like the FELiX two-channel preamplifier/EQ/blender from Grace Design.

The FELiX is packed with so many features, it’s difficult to know where to begin, but when in doubt, it’s usually useful to follow the signal path. The unit is designed to blend or switch between two sources. Channel 1 offers the choice between mic and line in, while Channel 2 is line only. Both channels line inputs offer input impedance selections that allow the user to choose between three different settings which should allow any pickup or any mic to function at an optimum level – specifically, Channel 1 gives you the choice of 10kohm, 1Megohm, or 10Megohm input impedance, while Channel 2 offers a choice of 332kohm, 1Megohm or 20Megohm. In addition, if you have an overly hot input signal, there are internal jumpers for each channel which can increase the input gain range. 48V phantom power is available on the Channel 1 XLR mic input (which has a fixed input impedance of 8.1kohm), and both channels have independent phase reverse switches on the side of the unit. In addition, 12V mic input power is available on both of the 1/4″ inputs.

At this point, it’s worthwhile to take a look at all of the routing possibilities that the FELiX offers. While it obviously works as a blender that can mix two sources into an amp, it also offers just about any signal routing possibility imaginable. The two channels can be designated as either/or (allowing the player to have two different instruments with optimized EQ settings plugged into the inputs for switching between songs), or the signals can be blended. In either case, the results can be routed to a stage amplifier for stage volume, and can also connect to the front-of-house system via dual (ground isolated) DI outputs that are switchable between the individual channels or a mix of the two channels. The FOH DI sends mix independently of the mix sent to the stage amplifier, so it’s possible for the player to use a different blend of pickup and mic on stage than what goes to the house. This is a hugely important feature for double bassists, since it’s well known that mics on our instrument tend to fare much better in the FOH system than they do through an amp. The FELiX allows complete control over how much of which signal goes to the amp and to the house, and this in itself is an amazing feature.

The preamps on both channels offer the classic Grace Design signature sound: clean and detailed with plenty of headroom and incredibly low noise. This basic tone, which sounds incredible when set “flat,” leads to an EQ circuit that begins with the switchable HPF/Notch filter (choice of either a high-pass filter, or a notch filter, both of which are continuously variable from 20Hz to 1kHz), then on to a three-band EQ with a completely parametric set of mid frequency controls. The Low and High filters are set at 125Hz and 2kHz, respectively (though there are internal jumpers which can switch the Low filter on either channel to 250Hz). The midrange parametric EQ allows for maximum control over the range of frequencies from two switchable ranges: 70Hz to 880Hz, or 670Hz to 8kHz. The parametric controls on these frequency ranges are controlled by three knobs that control boost/cut, range, and Q (bandwidth of the boost or cut). The ability to control the bandwidth of the mid EQ allows the user to make sharp surgical cuts to tame problem frequencies within a narrow bandwidth, or shape the tone more broadly with a wider setting. Simply put, there is little that this unit can’t do in the EQ department.

At this point, the signal can boosted globally with a separate control operated by a footswitch sent to an amp and/or headphone out, and the two channels can be mixed, if desired, to find the optimum blend for the stage volume – note that the AMP OUT control only effects the amplifier send and not the DI levels. A tip-ring-send (TRS) effects insert and return is available on the back panel, as is an output for an external tuner that remains active even when the rest of the unit is in rendered silent by the MUTE footswitch. A third footswitch controls the input selection between Channel 1, Channel 2, when the unit is in A/B mode, (in MIX mode this switch is inactive).

If you have ever struggled with managing specific power adapters for all of your gear, or if you travel abroad, and have to deal with differing voltage requirements, you will be very happy to know that the FELiX employs a universal (100-240VAC) power supply and a standard IEC cable. 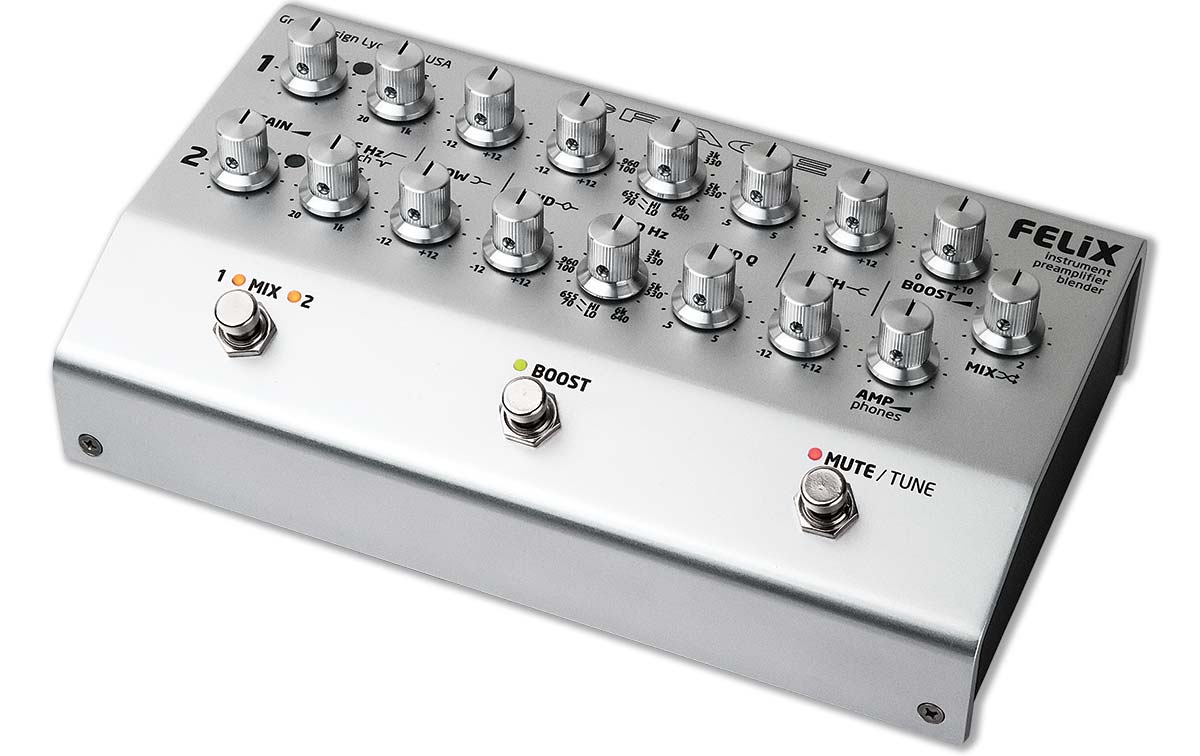 While the tale of the tape is often an interesting read on paper, the real test is always how a piece of gear sounds and reacts to a live performance situation. I was able to test the FELiX in three different environments, and was able to get a pretty good feel the versatility this unit has to offer.

The first time out, I played the FELiX in the context of an indie/soul/jazz/rock group in a small venue with no FOH support – meaning that the stage volume was stupidly loud because it was the mix. In this context, the sound of the Grace preamps enabled me to cut through the mix with clarity and without becoming muddy at all. The variable high-pass filter also allowed me to maximize the stage volume without sacrificing too much low end and still protect my combo amp – which was only just powerful enough to play such a show. The learning curve for this context involved dealing with the incredible detail of the preamp, which caused it to amplify frequencies of my pickup-only signal (a mic would have been useless in this context) that I am normally not even aware of. At first, there was some high frequency ringing like a halo around the sound of each note during soundcheck. After a few minutes I realized that the FELiX was amplifying the sound of the afterlengths of the strings vibrating; I was able to tame this by muting the afterlength with a piece of cloth, but it serves to illustrate the clarity of the preamp that I was learning to deal with frequencies that my pickup puts out that I had never even heard through the amp by itself. Once this sound was tamed, the bass sounded amazingly articulate and present, even in those trying circumstances, and reports from the audience out front were entirely positive.

The second venue was a large auditorium with a FOH system supporting an intimate piano trio ensemble. For this, I ran the pickup to the amp as before for stage volume, but then also used a mic to send to the FOH by itself with no pickup signal mixed in. In my experience, this is a common double bass amplification paradigm, and the FELiX handled it beautifully. The sound man told me that while he had both pickup and mic signals that he could have used (he took both signals independently from the back of the FELiX), the mic sounded so much more organic than the pickup that he decided to use it in the house by itself and let it blend with the pickup sound from the stage. Again, reports from out front were exactly what any bassist might hope – the bass sounded natural and exactly like an acoustic bass without the audience being aware of an “amplified sound.”

The final venue was another small venue with no FOH, but I wanted to try mixing mic and pickup signals through an on-stage amplifier, so I borrowed a powered speaker and a pole mount and used the unit to blend to blend the two signals in this way. Again, the FELiX performed beautifully, giving me detailed customizable control over both signals and the ability to mix them perfectly to maximize the combination of both. While I no longer care for the schlep factor of carrying such a rig to most gigs, the FELiX would be an excellent option for those who still prefer this option.

From a performance and features standpoint, there is absolutely nothing about the FELiX not to like, and I’ll even go so far as to say that I can’t even think of a single improvement I could suggest – it is truly an amazing unit. The only drawbacks I can think of that might be any kind of deterrent are the price (with a MSRP of $1,095 and a street price of $995, it isn’t for the thrifty, even though it’s worth every penny and more) and the comprehensive nature of the feature set itself. By this, I mean that any time a unit has this many routing, mixing, ad EQ options, it is going to require a bit of learning to figure out how to get everything to work – there are many buttons and switches on the side and back to control all of the different options available, and if the user doesn’t understand how they all interact, having one set to the “wrong” position can cause issues that have to be diagnosed to fix before the playing can commence. Anyone who is a regular user of the unit will overcome these issues quickly, but it’s not a unit that I would recommend pulling straight out of the box and taking to the gig without some experimentation and reading of the manual.

In the end, for those who require or desire the features that the FELiX offers and don’t mind paying a premium price for a premium piece of gear, I give the FELiX my highest possible recommendation. There is little that it can’t do, and it does what it does brilliantly. 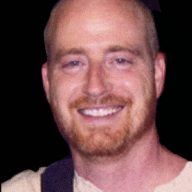 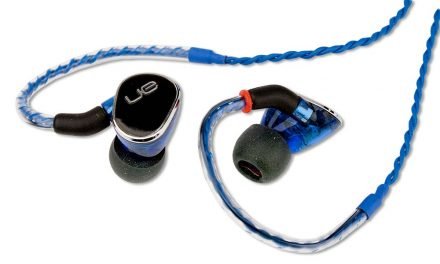 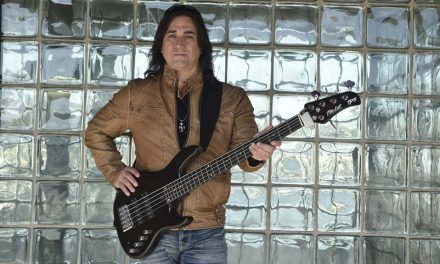 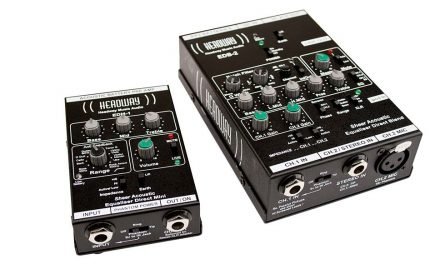